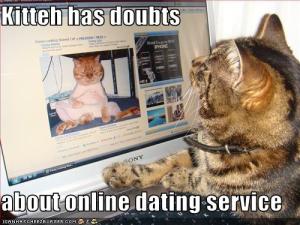 I’ll never forget my very first online date. Although I wish I could.

It all started a little over three years ago. I was nervous about uploading my profile and picture to an official dating site like Match.com, so I decided to dip my toe in the water with a little website called craigslist.

Craigslist had been around for a few years, but this was long before the craigslist killer and before anyone realized it was little more than a haven for creeps and an online photo gallery of penises.

I figured I’d put up an ad, men would respond, and if someone tickled my fancy I could contact him. Or not. No commitment, no pressure. It was my little puppet show and I pulled the strings.

I posted an ad and received about 100 responses. I sifted through them and one guy sounded interesting. He was brutally hot and looked like Johnny Depp, except cleaner. He was also from Europe. I was in my European phase so this was great news. I wondered if he had a sexy French accent. Or maybe he was a cute Dutch boy. I was becoming excited at the possibilities.

I sent him my picture and we agreed to talk on the phone to set up the date. It turned out he was from Turkey and his accent wasn’t sexy at all. He had a sharp, halting voice that deeply offended my cochlea. But I kept my focus on the magnificent face on the end of the line that would make up for it.

He suggested a restaurant in Santa Monica and we arranged to meet the next day. Since he’d only sent me the one photo, I asked if he looked like his picture. He told me that his hair was shorter now, but he looked better than his picture. I felt my ovaries shimmy.

The next evening I was so nervous getting ready. I even left work early to give myself enough time to beautify. What should I wear? Hair up or down? A smokey eye or a red lip? After sufficient primping, I felt confident and set out to meet the gorgeous man.

I arrived before he did and started checking out the menu. Suddenly, I felt someone sneak up behind me and say “Boo!” I turned around and nearly had a seizure.

Who the…? Where is…? Am I being punk’d? There must be some terrible mistake. Then he said my name and I realized there’d been no mistake.

The man standing before me was not the man in the picture. I am not being hyperbolic. This man was a completely separate human being than the one whose photo was sitting in my inbox. Not on his best day ever, not 15 years ago, not with copious hours of Photoshop was this the same guy. I expected Johnny Depp and what turned up was a Middle Eastern version of Paul Giamatti. He had said his hair was shorter — how was I to know this was code for bald?

Just so you get a full appreciation of the situation, this is the picture he sent: 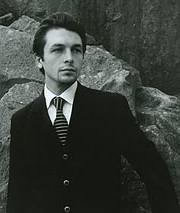 And this is who showed up:

I was taken so off guard I had no idea how to react. As if in some kind of bad dream, I said nothing and somehow wound up at a table with him. I was stewing behind my menu when I looked up and caught him staring at me with his buggy eyes. When I asked why he was looking at me like that, he said he was “enjoying the view.” I wished I could’ve said the same.

If you consider me shallow by focusing on his appearance, you bet your ass I am. Looks matter. Attraction matters. Just ask the peacocks. But what peeved me most was the deception. And for the record, no, he did not have an endearing personality. He was a real turkey. From Turkey.

I would’ve preferred spending time with this fella.

For the life of me, I still cannot fathom what this guy was thinking when he sent me that picture. Nowhere in my ad did I say I was vision impaired. Did he really think he could pull this off?

When the date finally ended, I shook his hand, thanked him for dinner and ran for the car. As soon as I got home, the phone rang. It was Turkey, wanting to make sure I made it home alright. I let it go to voice mail and went to sleep.

The next day, he called me at 8 a.m. And again at noon. And again at 4 p.m. Each time his voice mail said he was just “checking in.” Checking in? You are not my boyfriend, numbnuts! You’re just some charlatan who managed to con me into dinner with a fake picture you shoplifted off the Internet. I sent him an e-mail telling him I was not interested.

Fortunately this ding-dong did not contact me again… until last week. I received an e-mail telling me that Turkey had joined Facebook and wanted to be my friend. And guess what? That’s right, he’s using the SAME PICTURE.

I couldn’t help but feel a tad bit guilty for not calling him out on his duplicity three years ago. Who knows how many women I might’ve spared from the trauma I endured?

Alas, I shall have to pass the duty on to another poor, victimized soul. Because I sure as hell am not going to friend him on Facebook.