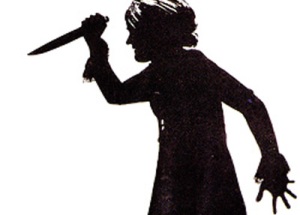 When it comes to the battle between men and women, it’s never pretty. Every single day, men bitch about women, women bitch about men, and we drive each other insane in the membrane. In short, we pretty much hate each other. Except for the sex part.

But there is one word that men use to describe women that is overused, misused and abused and I’ve honestly just had enough of it.

I’ve got news for you guys: most women who you call psycho are not in fact psycho.

Lemme break it down for you:

Psycho vs. Not Psycho

If she boils your bunny, she’s psycho.
If she yells at you for not calling, she’s angry.

If she blows up your apartment building, she’s psycho.
If she calls you five times a day, she’s overeager or perhaps needy.

If she stabs you with an ice pick, she’s psycho.
If she trashes your vehicle for cheating on her, she’s Carrie Underwood (rock on, sista).

I know men are visual, so let me simplify:

My old roommate dated a man who called her psycho because she didn’t want a relationship with him. It seems some men label a chick psycho if she exhibits any type of behavior he doesn’t care for.

Come on, guys, be a little more original. Don’t revert to the default word when she’s simply expressing an emotion. And you too, ladies. When you call other women psycho, you give us all a bad name. Do us all a favor and reserve that word for the bona fide nut jobs.

With all that being said, this woman here, in the video below — now that’s psycho. I hope for her sake that there’s no afterlife, because if there is, every soul in heaven, hell and purgatory is pointing and laughing at this cray-cray.

Makes you wonder what your doctor does in his/her spare time, don’t it?

Listen to me, girlfriends. NO MAN is worth this. Well, except maybe Denny DelVecchio. But for anyone else, this is a classic example of “You better check yourself before you wreckedy wreck yourself.” Because sliding down chimneys is bad for your health.