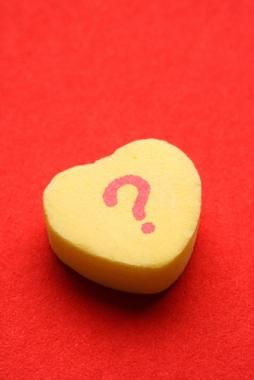 I really missed Tom this weekend. Strange, because it was jam-packed with activities: happy hour on Friday, Chinese New Year parade and dinner with friends on Saturday, Super Bowl party on Sunday. Friends always tell you to stay busy after a breakup, and I did. But I couldn’t stop thinking about him.

Maybe it’s because he had stopped trying to get back together with me.

Then on Monday, he called. He asked if he could take me out for a drink. After a weekend of longing for him, I meekly agreed.

I was excited yet nervous about seeing him. I missed him, yet I still felt pretty certain breaking up was the right thing to do. About 85% sure.

We had a lovely time together, as we usually do. He told me he missed me every five minutes and kissed me every two. It didn’t feel right because we were technically broken up, and I didn’t want to just fall back into our old ways without addressing our problems.

But he kept acting like we were still a couple. Perhaps he thought if he acted that way, I’d just go along with it and we’d magically be together again.

I tried to bring up some of our issues and how they might change, but he didn’t seem to want to change. He told me I needed to change, too, but when I asked him how, he didn’t answer. He just kissed me.

It was at this moment that we were interrupted by a drunk guy who told us he had just urinated in a planter. We took this as our cue to leave.

He dropped me off and I didn’t invite him in. We bid adieu without resolving anything. He texted me the next morning saying he enjoyed spending time with his baby.

This would be much easier if the good stuff about our relationship wasn’t so good. But the bad stuff… the bad stuff was, regrettably, very bad.

Although I honestly don’t know where this is going, I remain 85% sure we should not get back together. But that 15%, man. That 15% is a real bitch.