I Have Found a New Love: One Direction 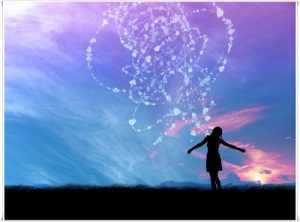 Hi guys, I know I’m supposed to be on bloggy vacation and all (and I am, really), but I recently had an experience that rocked my world so violently I just had to blog about it.

I have been a bit down in the dumps lately, but this new discovery has brought new meaning to my life. I feel as though a transcendent light is now shining from deep within the enclaves of my soul. I won’t keep you in the dark any longer; I shall now reveal the source of my newfound illumination:

No, it is not a support group for lost souls roaming purgatory. Nor is it a rehab center for nudists. Neither is it a discount clothing store for aging hippies.

It is a boy band.

But not just any boy band – the hottest, cutest, most talented boy band in the WORLD!

You think I’m being ironic. I’m not. I’m as serious as irritable bowel syndrome. I… LOVE THEM!

I saw the group for the first time during their smash performance on Saturday Night Live last week. Check it out:

Now are you with me? I’m not exactly sure why Liam keeps holding his weiner – maybe he’s trying to push down a boner? No matter, I totally threw my panties at the teevee.*

I must say, prior to this revelation, I had not been a fan of any boy band, ever. I simply couldn’t understand why scores of pre-pubescent girls would fall all over themselves for these terribly un-cute, moderately talented – yet severely annoying – moppets.

New Kids on the Block? New Crap on the Cock.

Despised them all! But One Direction (or “1D,” for those of us in the know) changed all that. Now I get it. And how, do I get it!

These young bucks are nothing short of super duper quadruper DREAMY (except maybe the blonde, who reminds me of Dennis the Menace). And that song! What’s not to like? It’s got that oh-oh-oh and that na-na-na and that skippy dippy beat that makes me wanna get up and shake my booty like it’s Friday every day of the week.

If loving 1D is wrong… then I’m wrong.

Like any good stalker, I Googled Harry and discovered a few telling pieces of information. He’s 18. Barely – but totally – legal! His favorite color is blue. That is, like, my fourth favorite color! He’s British. I love accents! And get this… he’s dating a 32-year-old woman. He likes older women!!

And OMG!! Guess what, guys! I just took this test to find out which 1D member was my soul mate… and it was Harry!!! On the first try, even! This is total serendipity. I’m over the moon!

I will totally go Mary Kay Letourneau on that ass. I will fondle his underdeveloped chest with a ferocity he’s never known and then we shall weep in each other’s arms at the sheer rapture of it all.

I’ve made a collage of Harry for my screen saver.

I know exactly what you’re about to write, Mr. Bitter, Clever Commenter: “If it were a guy writing this he’d be considered a sick, reprehensible pervert!”

Oh, I KNOW! Isn’t it fantastic? Finally, a sexual double standard that actually works in my favor. You can bet your sweet ass I’m going to seize the crap out of it.

Now, if you’ll pardon me, it is imperative that I grab the latest issue of BOP magazine and some scissors to make some 1D wallpaper for my bedroom.

*UPDATE: To my extreme dismay, the SNL performance was removed from everywhere on the interwebs. So I posted the “official” video. They still look totally yummy, you just don’t get to see Liam’s boner. Sad face.

Categories: In My Most Excellent Opinion, Something is Wrong with Me, Totally Random, True Story